Pain on the Outside of the Knee 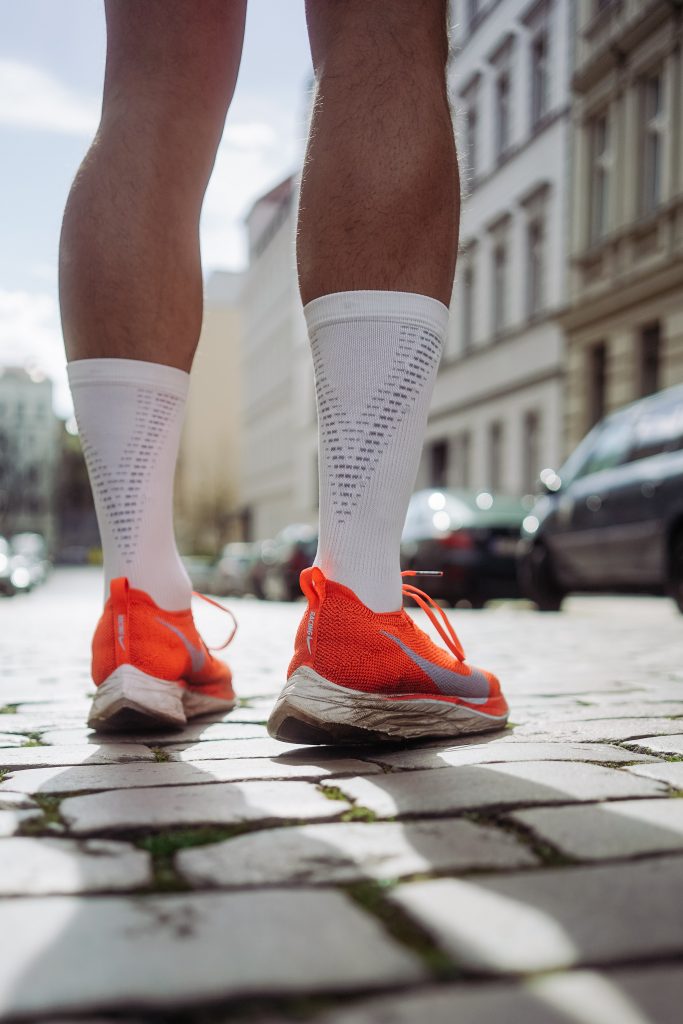 Knee pain is a common problem. In the UK today about one-third of over 50-year-olds suffer from it. However, only about one-third of these people visit their GP for a consultation about their knee pain, the vast majority preferring to self-medicate or ignore the situation. In the case of minor knee problems, of a temporary nature, this may be a reasonable reaction, but with persistent pain on a long term basis, there is the danger of a serious underlying problem which may get worse if treatment is delayed.

We ask our knees to perform a number of diverse functions. Not only are they weight-bearing, but also act as shock absorbers. We also need them to act as a lever and rotate through different planes in order to facilitate movements such as walking, twisting and jumping.

The knee and its associated supporting structures consist of muscle, tendon, ligament, bone, cartilage, synovial fluid and nerves, and pain could be a result of a problem with any or several of these components. Your knee is a complex joint, and sometimes a problem with one part of the joint may affect something else. The knee comprises the joint capsule itself where the tibia and femur meet and encloses cartilage and synovial fluid within it. Tendons connect the knee bones to the muscles which allow the knee to move, and ligaments hold the knee assemblage in place. Two pieces of cartilage (menisci), one on the inside (medial) and one on the outside (lateral) of the knee act as shock absorbers between the femur and tibia, and a number of fluid-filled sacs (bursae) help with movement.

The good news is that the outer side of the knee is the area least likely to be the source of knee problems. If it does occur, however, there are several possibilities for the reason for the pain.

The hamstrings are the bundle of muscles and tendons at the back of the thigh. Tendons which are a kind of connective tissue, attach these muscles to the pelvis, knee and tibia. They are concerned with bending the knee and straightening the hip. The lateral muscle of the hamstring muscle group is the biceps femoris. When the tendons which attach the biceps femoris to the back of the knee become inflamed due to overuse or repetitive exercise, pain is felt at the outside of the knee. This pain is sometimes accompanied by tenderness, swelling and stiffness. This injury is often seen in sports where sudden bursts of speed or change in direction is common.

In most cases RICE treatment (rest, ice, compression and elevation) is enough, possibly accompanied by over-the-counter non steroidal anti-inflammatories. If the pain is not reducing after a couple of days you should consult a doctor.

The iliotibial band is not a muscle but rather a thick fibrous band that runs down the outside of the leg from the pelvis to the tibia, crossing hip and knee joints. It forms an attachment for a number of muscles and stabilises the knee and hip during running. It also co-ordinates how the muscles work in that part of the leg, moving the hip and allowing the knee to extend and flex.

Iliotibial band syndrome is a condition most often seen in people engaged in athletic pursuits where the same action is frequently repeated. The syndrome occurs when the iliotibial band becomes inflamed and irritated due to friction. This usually happens at the bottom of the band when it repeatedly moves back and forth across the bony prominence of the lateral femoral epicondyle, just above its insertion into the tibia.

Pain is felt on the outer side of the knee, and there may be some swelling at the epicondyle or below it at the tibial attachment. Occasionally the pain may transfer along the length of the iliotibial band and be felt on the outer side of the hip. As the condition progresses pain may be felt whenever the heel strikes the ground. If the symptoms are ignored the pain will get worse because the inflammation will continue and the bursa, which helps the band to glide over the condyle, may become scarred.

The immediate treatment that can be tried at home is RICE, but you should then see your doctor and get a proper diagnosis. Conservative treatment will probably be physiotherapy and medication, but if this does not cure the condition there may be a need for specialist orthopaedic surgery.

Ligaments are strong, flexible, fibrous and elastic connective tissue which attach one bone to another and provide stability and support for the joints. There are four major ligaments in the knee joint which support the joint structure and hold it in the correct alignment. The ligament on the outside of the knee is called the lateral collateral ligament and gives sideways stability to the knee joint. It originates from the lateral femoral epicondyle and attaches to the head of the fibula.

If you have damage to your lateral collateral ligament it is likely that other parts of the knee could be damaged as well, including perhaps pressure on the peroneal nerve which lies close to the ligament. If the peroneal nerve is affected you may feel numbness or weakness in the knee. Pain from the ligament injury may be mild or acute and there may be stiffness, swelling and a feeling that the knee is giving way. Often, structures of the posterolateral corner of the knee can also be damaged.

Treatment will depend on the severity of the injury, but an early appointment to see a specialist is strongly advised, as early repair of these structures is comparatively straightforward compared to delayed reconstruction of the posterolateral corner of the knee. This will be followed by physiotherapy to regain the full range of movement.

The lateral meniscus, a crescent-shaped cartilage, lies on the outer edge of the tibia, acting as a shock absorber between the tibia and femur and helping with the stability of the knee joint. A tear in the meniscus can happen as a result of twisting movement, direct trauma to the knee joint, or due to degeneration of the cartilage.

The symptoms will depend on whether the injury is the result of a sudden action or if it has gradually developed. A direct injury will cause immediate pain accompanied by tenderness and swelling. If the damage has developed over time, the pain will occur when the knee is doing work, and there may well be swelling and tenderness too. The knee may feel stiff or tight. There may also be a clicking noise and a feeling that the joint is locking if loose cartilage has become stuck in the joint.

At the outset treatment can be conservative using RICE, but if the pain persists you should seek medical help as a meniscus tear often needs surgery. This can be a minimally intrusive procedure call an arthroscopy in which the surgical procedure is performed with a special instrument through a few small incisions in the knee. In this case the repair can be done in day surgery and the patient is able to leave the hospital the same day. Sometimes a part of the meniscus has to be trimmed or removed completely.

There are three compartments to the knee, that on the outer or lateral side is the lateral femorotibial compartment. If the articular cartilage in this compartment wears down and starts to degenerate changes occur to the joint caused by the body trying to repair itself. The outcome may possibly be extra fluid being produced by the lining of the joint capsule so that the joint swells and stretches the surrounding tissue resulting in instability and the development of bony spurs (osteophytes).

The symptoms are pain, stiffness and reduced mobility of the joint. The pain will increase with activity, but lessen with rest. There may also be swelling and a feeling of warmth in the joint, or perhaps a creaking noise in the knee.

Unfortunately there is no cure for osteoarthritis, and the pain may become worse over time. There are, however, a number of treatment options available, depending on the severity of the osteoarthritis. If the osteoarthritis is not too severe you may be able to manage the pain by using medication, by adopting a change in lifestyle, undergoing physiotherapy, or using other supportive measures. Injections of steroid, lubricant (Hyaluronic Acid) or stem cells can also temporarily manage the pain, but injections will not be a permanent solution. There is also the danger that, in trying to avoid the pain, you may cause secondary damage. The only permanent solution in the long term is an operation for total or partial knee replacement.

Mr Rajaratnam is one of the leading experts in “Rapid Recovery” following knee replacement surgery, and works with a world class multidisciplinary team to deliver this expert care.

The tibiofibular joint joins the outer side of the fibula with the inner side of the tibia. It has two parts, the proximal upper part of the joint which lies just below the knee, and the distal part which lies above the ankle. It consists of ligamentous bands which pass diagonally between the fibula and tibia. The purpose of the joints is to limit movement between the two bones, particularly in twisting actions.

Complete dislocation of the proximal tibiofibular joint is fairly uncommon, but partial dislocation can happen in a fall. Dislocation will cause pain and a feeling of instability. Damage to the joint may also involve damage to the peroneal nerve and numbness or pins and needles around the outer knee.

RICE treatment should be effected immediately and any actions which may aggravate the injury should be avoided. A doctor should be consulted, but a specialist orthopaedic surgeon will usually be need to surgically treat the problem.

Mr Rajaratnam is a very experienced orthopaedic surgeon with outstanding results on the National Joint Registry and is one of the recognised international experts in this field. He welcomes patients who need a careful and considered second opinion on all types of knee problems. 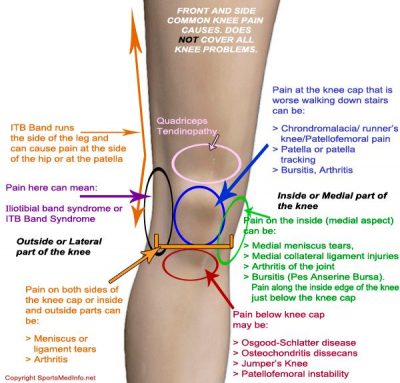 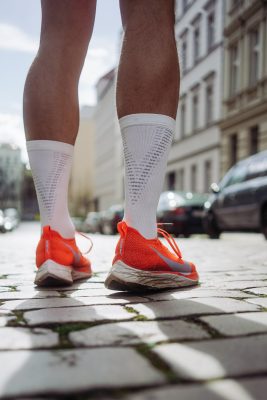 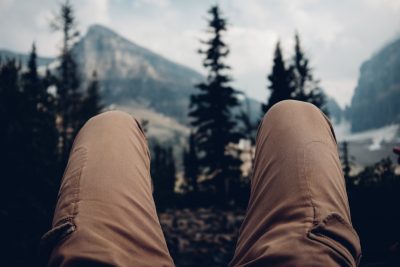 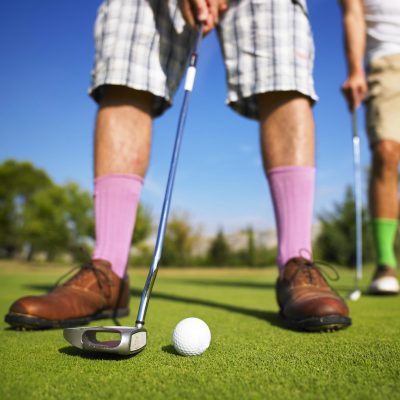